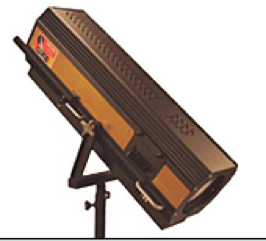 Lycian was showing their new Zot LED followspot which will be an equivalent to the Zot 700.  Using the same body as the Zot line of fixtures the new unit will have a smooth dimming curve, as well as enhanced lensing for the single-source LED engine.  Production is expected to begin during the first quarter of 2018.

A second LED prototype is under development as an equivalent to the Superstar Short Throw.  It will contain a single source 650w LED engine.  Production is expected to begin around March 2018.